The park is part of the larger Virunga Conservation area that spreads over the three countries. Each of these countries protects its own portion of the Virungas, in the Parc National des Volcans and Parc National des Virunga respectively. The three parks together form the 434-sq. km. ‘Virunga Conservation Area’ or VCA. Mgahinga is 33.7 sq. km, just 8% of the VCA. The entire Park is in Bufumbira County of Kisoro District.

Mgahinga Gorilla National Park is 33.7 sq. km and consists of the partly forested slopes of three extinct volcanoes. From far away, the huge cones of the Virunga volcanoes dominate the landscape and beckon you as you approach. When you reach the park you can get a great overview of the area by walking up the viewpoint, just 15 minutes from Ntebeko Gate.

Mgahinga Park has great biological importance because throughout the climatic changes of the Pleistocene ice ages, mountains such as these provided a refuge for mountain plants and animals, which moved up or down the slopes as climate became warmer or cooler. The Virungas are home to a large variety of wildlife, including about half the world’s critically endangered mountain gorillas. 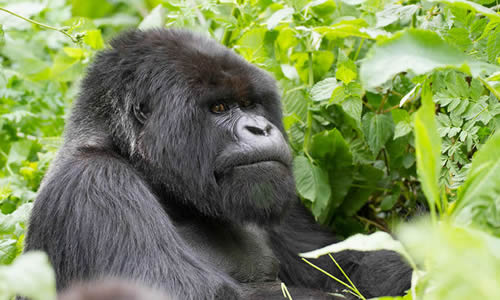 Mgahinga Gorilla National Park is home to more than half of the world’s population of the endangered mountain gorilla. Fortunately for the gorillas are the main reason as to why the park was created by the Uganda government. 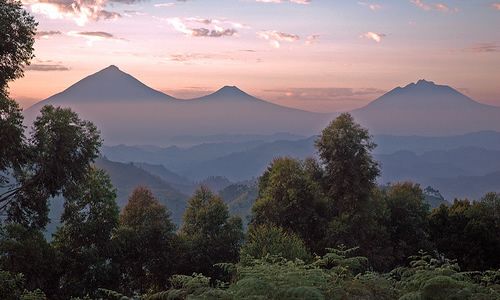 Mgahinga is one of the most scenic given that the park lies on the northern slopes of Mt. Muhabura, Mgahinga and Sabyinyo. These three volcanoes create an unforgettable regional backdrop. 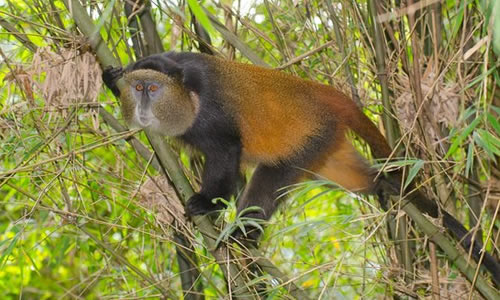 Mgahinga Gorilla National Park is the only destination where Silver meets Gold. The park protects both mountain gorillas and golden monkeys. The golden monkeys are an ancient group of monkeys that are only found in the Virunga. 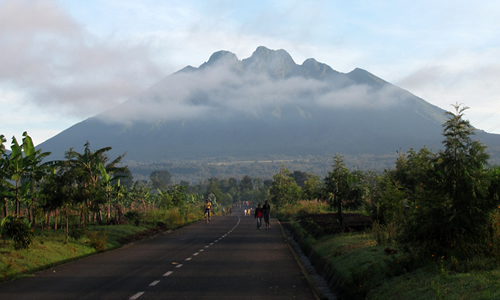 Sabinyo has three peaks. Sabyinyo is a local word that comes from the word ‘Iryinyo’, meaning tooth. The borders of three countries converge on this summit and you will find yourself simultaneously in Rwanda, Congo and Uganda. 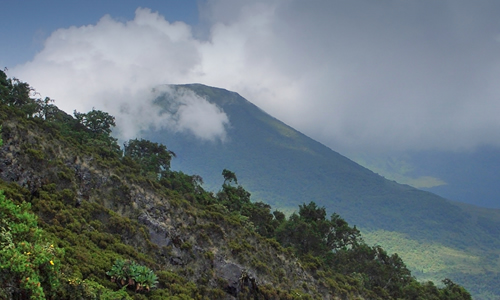 Mgahinga National Park derives its name from this volcanic mountain.This dormant/extinct volcano lies on the border between Uganda and Rwanda. An ascent of Mount Gahinga climbs from Ntebeko takes around 6 hours. 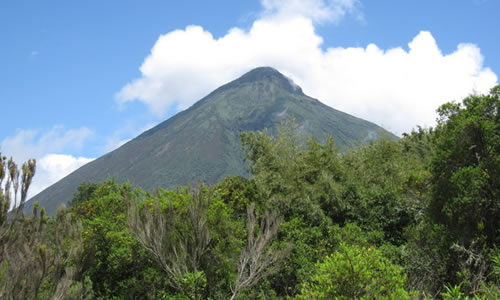 This classic volcanic cone is capped by a small but lake; a modest reward for a 5 hour trek that rises 1700m to over 41OOm. The word Gahinga comes from the local Rufumbira dialect meaning “a small pile of stones”.