Uganda is a landlocked country bordered by Kenya in the east, Sudan in the north, Democratic Republic of the Congo in the west, Rwanda in the southwest and Tanzania in the south.

Uganda’s total land area is 241,559 sq km. About 37,000 sq km of this area is occupied by open water while the rest is land. The southern part of the country includes a substantial portion of Lake Victoria, which it shares with Kenya and Tanzania.

Uganda is located on the East African plateau, averaging about 1,100 meters (3,609 ft) above sea level. The plateau generally slopes downwards towards Sudan explaining the northerly tendency of most river flows in the country. Although generally equatorial, the climate is not uniform since the altitude modifies the climate.

Uganda’s elevation, soil types and predominantly warm and wet climate impart a huge agricultural potential to the country. They also explain the country’s large variety of forests, grasslands and wildlife reserves. Uganda has a total population of about 32 million people. 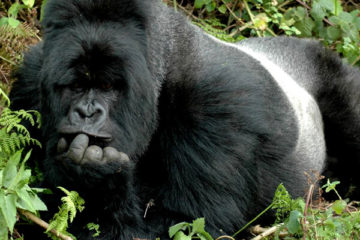 Explore a primeval forest so thick and lush that it’s called ‘Bwindi’ (impenetrable). Come join us on a mountain gorilla 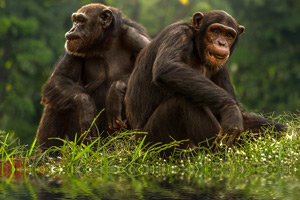 Meet the Batwa pygmies, go mountain gorilla trekking twice, see where the youngest king on the planet lived, and visit 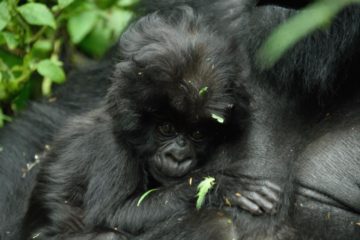 Meet the Batwa pygmies, join us for a game drive, and come gorilla trekking in Uganda! Then let’s go on 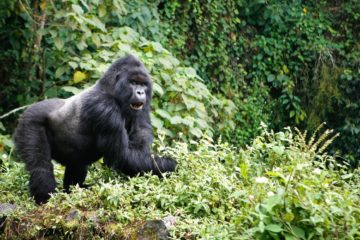 Meet the Batwa pygmies, join us for a game drive, and come gorilla trekking in Uganda! Then let’s go on
Need Help? Chat with us
Start a Conversation
Hi! Click one of our member below to chat on Whatsapp
The team typically replies in a few minutes.
Land
Land tour and Travel